Our inspiring female entrepreneur today is Milana Leybovich, a co-founder of Gemtracks.com from Los Angeles. Gemtracks.com is an online marketplace for music producers to sell beats and artists to buy beats.

If Gemtracks sounds like an interesting marketplace, make sure you head over to buy beats now!

In the meantime, read below to find out more about Milana and how it all got started.

PLEASE TELL US ABOUT YOURSELF AND THE BUSINESS YOU STARTED.

I have been involved in music since I was 3 years old. And for almost 20 years, I have been working in the music and entertainment industry. I have released over 20 singles with a band that I have created called “Nuthin’ Under a Million”. I have also worked with Disney, Fox, MTV, RIS Labs and other media companies.

In 2019, I met fellow singer-songwriter Jesse Neo, who came up with an idea to create an online tool for musicians. I thought creating a marketplace would be a great idea, and so we decided to make the platform revolve around beats.

WHAT DOES YOUR TYPICAL DAY LOOK LIKE AND HOW DO YOU STAY PRODUCTIVE?

My days are very busy but fun. Because it is in an industry I have so much experience in — and something that I enjoy, it is easy to stay productive. On a typical day, I would read through online resources to keep up to date with the latest musical trends, do research on other companies and then meet my partner, Jesse Neo, to decide what the next move for Gemtracks should be.

THE JOURNEY SO FAR

PLEASE DESCRIBE THE PROCESS OF LAUNCHING YOUR BUSINESS.

Actually Jesse Neo had the website established in 2017, but it was just a standalone online store. I came along and encouraged him to turn it into a marketplace. So we sat down, created a partnership, and thought of new ways to grow the website.

I think the great thing about the internet is that all you need is about $100 to start a website. I’m not a programmer, but Jesse is, so he spent about a year working on the functionality of the website… and eventually, the website grew!

The biggest achievement is seeing artists purchasing the beats and then me hearing their songs on Spotify and iTunes. Not only does it make me happy, but I am also sure that the artist is too.

The biggest challenge being an entrepreneur, in my opinion, is not knowing what the future holds. Because there is no guaranteed inflow of money, everything is pretty much a risk.

WHAT STRATEGY DID YOU USE TO GROW YOUR BUSINESS? AND HOW?

Constant communication between me and Jesse has been the most important strategy. Second to that is hard work. Staying focused is another strategy that sounds easy to adapt, but can be very hard, especially at times where everything seems to be going nowhere.

WHAT IS YOUR VISION FOR THE FUTURE OF BUSINESS?

I am hoping to include even more features to Gemtracks, including the ability to hire freelance music producers, book recording studios and even collaborate virtually with other artists.

Related: On Starting a Production Company

ARE THERE ANY RESOURCES OR TOOLS YOU WOULD LIKE TO SHARE WITH OTHERS THAT HAVE HELPED YOU RUN YOUR BUSINESS?

I think it is very important to know about the industry you are in. For me, the book, “All You Need to Know About the Music Business” by Donald S Passman really helped.

WHAT OR WHO HAS BEEN YOUR GREATEST INFLUENCE IN BUSINESS AND WHY?

I am a big fan of Robert Kiyosaki and his books. He is such an intelligent and wise businessman, and his story and teaching have truly helped me.

WHAT ADVICE WOULD YOU GIVE TO OTHER WOMEN WHO WANT TO START THEIR OWN BUSINESS?

Trust your instinct and always believe in yourself. Your dreams can come true if you believe in it hard enough and put in the hard work.

WHAT BUSINESS IDEA DO YOU HAVE THAT YOU ARE WILLING TO SHARE WITH OTHERS?

The music industry has been changing due to technology. Ten years ago, artists were making money from sales and concerts. Now, it’s all about streaming. In my opinion, there are plenty of chances to innovate in this area, so starting a business within the realm of technology and music is something to consider.

Gemtracks is not only a platform for experienced artists. Newcomers will be able to benefit from it too. There is a huge collection of educational articles, blog posts and videos that would help those new in the industry. 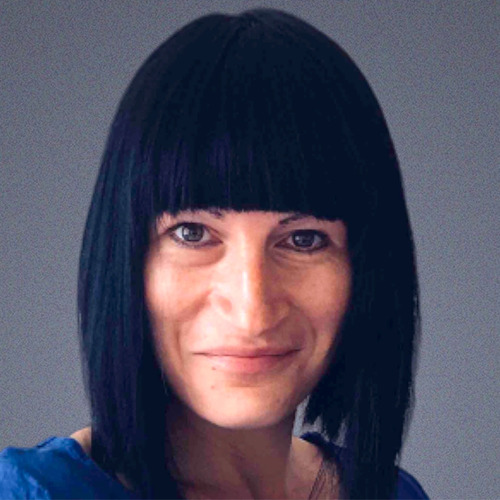